The Truth Behind Show Choir Stereotypes 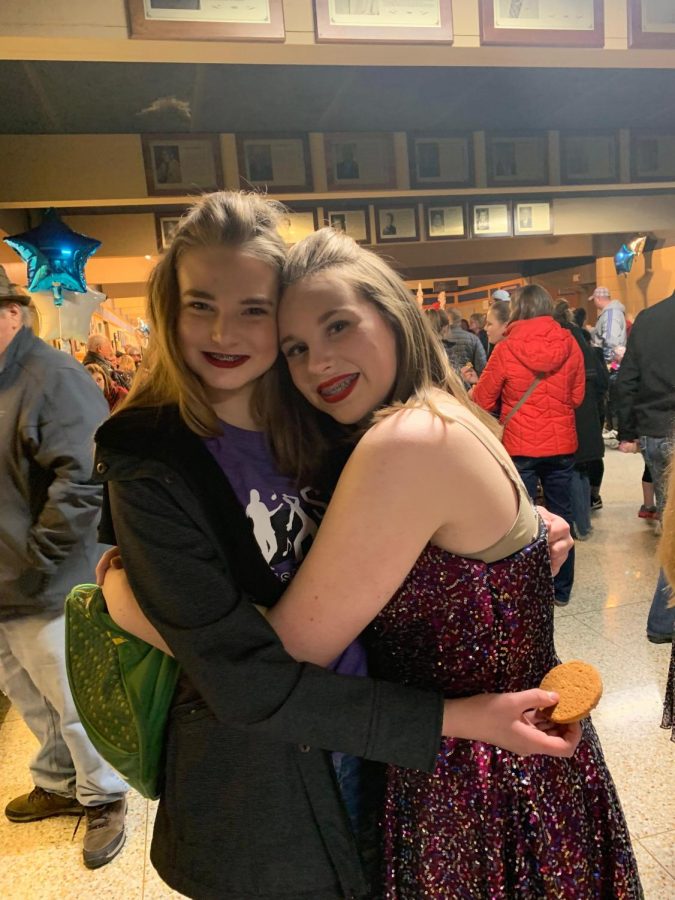 Q: Do people in show choir actually start singing and dancing randomly like in High School Musical or Glee?

A: Maddy: Oh yeah. I do that all the time. It happens a lot.

A: Megan: Yup! …most of us. We don’t really have time to choreograph a routine, so it’s usually a spur-of-the-moment thing. 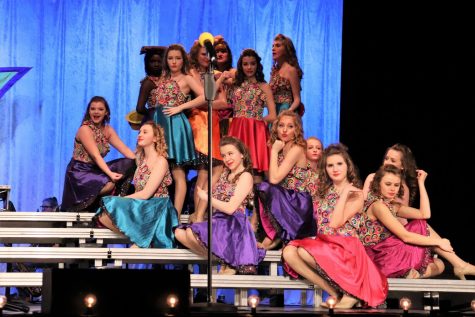 Q: Are people in show choir super dramatic and is there lots of drama?

A: Maddy: I would say yes but no? It really depends on who you’re talking about.

A: Megan: There’s always drama within groups; I’d definitely say we have a bit more drama, but it usually isn’t really major. Most people aren’t too dramatic, either. Sometimes we just fight!

Q: Is everyone in show choir always super happy and energetic?

A: Maddy: NO. Which that’s also a problem because people need to be more energetic during the performance and put a smile on their face.

Q: Do you guys have any pre-show rituals?

A: Maddy: Before the performance, we usually run through the show and I think we should do more of a vocal rehearsal. Blaring “Fergalicious” is a new tradition.

A: Megan: I mean, we listen to “Fergalicious” before every performance…

Q: Is everyone super good at singing and dancing in show choir?

A: Maddy: I would say vocals for the most part yeah. Dancing? If they put their effort into it they can be but not everyone puts full energy into all of their moves so it looks sloppy. Sometimes.

A: Megan: Nope. Most people have little to no dance experience and don’t take vocal lessons; part of the experience is learning.

Q: Is all the singing and dancing as effortless as it looks?

A: Maddy: No, it is SO hard! Well, some of the dance moves are easy, which I feel like we need harder dance moves, but it is not effortless. It is a lot. If you try running and singing that is how it feels.

A: Megan: NOOOOO!!!! It takes a ridiculous amount of strength to be dancing while still supporting a good sound. If it looks effortless, we’re doing everything right!

A: Maddy: On a daily, we might do some vocal rehearsals. We’ll run through the dances and then maybe we clean a little bit if we need it.

A: Megan: We usually start by putting on our costumes, getting in our spots, and then waiting for the band. Quite often we completely run the show, about 20 minutes, stop and critique things, and then run it again. And again. And again. Sometimes we split off into small groups and practice our vocals; then, we return and run the entire show once again. It’s tedious, but it’s worth it.

Q: Should show choir be considered a sport?

A: Megan: I would say that ‘sport’ is kind of a broad term. We go out and compete, we sweat like crazy, and we try our best and work as a team; plus, we do it all for entertainment, which completely fits the definition of a sport. However, if it counted as a sport, we would have to work out and follow other prerequisites like the other official school sports do, so honestly, it’s pretty up-in-the-air. If the school didn’t have the requirements, then yes, it would definitely be called a sport, although not a very popular one. However, it’s up to the school, since it is a school-sponsored event. Kind of. I honestly don’t know. I would call it a sport, but I recognize that it definitely isn’t considered one by a lot of people.