It is evident that this year’s football stats did not live up to last year’s record. In fact, in the last 20 years, these are the lowest scores West Salem football has posted.

Looking at past years’ scores, it was apparent that 2007 was one of the highest-scoring years. With 13 wins and only 1 loss, what made that particular season so successful? “There were a lot of good memories that year,” said Coach Jehn. “That was a very connected group of teammates. What sets the year apart was their ability to have good chemistry together were certainly things that caused us to be more successful.” The more connected a team is, according to Jehn, the better they can read each other and overall work together for a victory. 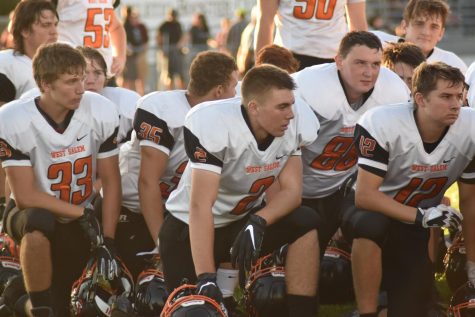 A big part of what made this season a more unsuccessful season was our numerous turnovers. “We did a really good job early in the season of causing turnovers by the other team. In other more successful years, we would win that turnover battle and cause more turnovers than the other team was. And in this season we were turning it over just as much as we were causing them” said Jehn.

Another contributing factor to this fruitless season was the number of players compared to opponents’ teams. With less selection and having to play both sides of the ball, the number of participants definitely has a part in a rewarding or thwarted season. Injuries compounded this problem.

Believe it or not, morale actually plays a large aspect of the outcome of games. “When momentum starts going in the opposite direction that you want it too, it leaves players disappointed, which can affect playing ability,” according to an article by Maria Kavussanu, who studied the school of sport, exercise, & rehabilitation sciences in University of Birmingham. Emotions do impact performance. It can affect cognitive functioning, a player’s energy level, and other aspects of physical performance. Just like anything else, if a player gets too stressed or too in their head, they perform badly.

Through all of this, Coach Jehn has kept at it for the past 17 years. His inspirations for becoming a coach in the first place were his high school coach, past WS panther football coaches, and the supportive staff in our high school. Through wins and losses, what keeps him coming back. “It gives me a chance to influence a young athlete’s future,” he says, “even if they don’t go on to become football players in college or professionally, skills you learn in football help you with the rest of your life. The opportunity to shape these young men is really a privilege.”